What is Lyme disease? Lyme disease is an infectious disease caused by the spirochete (pronounced SPY-ROH-KEET) Borrelia burgdorferi (Bb).

Lyme is an inflammatory disease characterized at first by a rash, headache, fever, and chills, and later by possible arthritis, neurological, gastro, and cardiac disorders. The signs and symptoms of Lyme disease depend on the stage of the disease. You may first notice symptoms weeks to months after exposure.

During the first stage, symptoms may include fever, headache, and fatigue. There is a chance you may have no symptoms at this stage. A rash often occurs at the site of a tick bite after a delay of 3–30 days (average is about 7 days), and may or may not appear as the well- publicized bull’s-eye (erythema migrans). However, not everyone who has Lyme disease will get a rash.

The top 5 symptoms of Lyme disease are:

Other symptoms may include: rashes, hair loss, allergies, eczema, heart palpitations, and changes in the gut (pain, inability to absorb nutrients)

Wondering why Lyme is so hard to diagnose? Lyme disease is called “The Great Imitator” because its symptoms mimic many other diseases. Lyme is called the great imitator because it mimics the symptoms of Fibromyalgia, Chronic Fatigue Syndrome, MS, ALS, Parkinson’s, early Alzheimer’s as well as 350 other diseases. Did you know that chronic fatigue syndrome is almost always from a viral or bacterial infection typically CMV, Epstein Barr, Mycoplasma, and of course Lyme disease?

If Lyme disease is not diagnosed and treated early, the Lyme spirochetes can spread and may go into hiding in your body. Weeks, months or even years later you may have problems with your brain and nervous system, muscles and joints, heart and circulation, digestion, reproductive system, and skin. Symptoms may disappear even without treatment and different symptoms may appear at different times.

If you are tested in the first few weeks of Lyme disease you may be surprised with a negative result. People with early-Lyme disease do not develop the antibodies necessary for the diagnostic tests for several weeks, and, early testing can give false negative results because of this.

You could pro t from additional testing if you are experiencing symptoms of Lyme disease that could not be explained even after numerous doctor visits and many times were told by your physician it is psycho- logical or hypochondriac in nature. Although a tick bite is an important clue for diagnosis, often times Lyme patients don’t recall ever being bitten by a tick. This is not surprising because the tick is tiny, and a tick bite is usually painless.

Standard tests often miss over 90% of chronic Lyme disease cases. The problem with these tests is that they are designed to detect acute Lyme disease and are very poor at detecting chronic Lyme disease. Additionally, many doctors (infectious disease, internists, family practice, etc.) rely on the Center for Disease Control (CDC) criteria to de ne a positive test. This criterion was never meant to be used for diagnosis, but rather for tracking data.

Laboratory testing can be an important aid in the diagnosis of Lyme disease. However, proper use and interpretation of laboratory tests requires physicians that understand these tests and have specialized training of the type of test, the stage of illness, and the underlying likelihood that you have the disease. Many doctors simply do not have this level of understanding.

Testing for Lyme will include the basic Lyme panel which includes the Western Blot IgG, Western Blot IgM, and Lyme IgG/IgM/IgA Screen. If any co- infections are suspected you will be tested for those at the same time.

You do not need to do anything to prepare yourself before you have this test. There is very little chance of a problem from having a blood sample taken from a vein. You may get a small bruise at the site. You can lower the chance of bruising by keeping pressure on the site for several minutes.

Lyme disease can be hard to diagnose because the symptoms are so variable and they mimic the symptoms of other chronic conditions, most doctors do not even think of testing for Lyme disease much less providing any kind of treatment. If your blood tests shows positive for Lyme then you will be diagnosed as having Lyme disease.

What if your test comes back as false for Lyme disease? You could still have Lyme disease and not have a positive test. Or you could have symptoms that point to Lyme disease but in fact have something else going on with your body. Possible diagnoses are:

Once the cause of your symptoms have been determined we can then start the appropriate treatment plan to get you back to feeling whole and well again.

FDA Compliance: The information on this website has not been evaluated by the Food & Drug Administration or any other medical body. We do not aim to diagnose, treat, cure or prevent any illness or disease. Information is shared for educational purposes only. You must consult your doctor before acting on any content on this website, especially if you are pregnant, nursing, taking medication, or have a medical condition.

The Power of Intermittent Fasting, The Right Way!

Unlocking Your Secrets to Longevity!

Some Things Are Forever, Hashimoto's Doesn’t Have To Be! 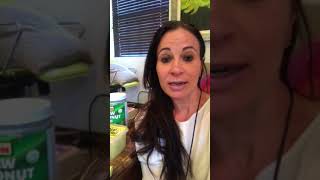 Put a Nutritional Stop to the Diabetes Trend – Video 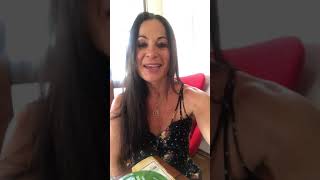 The Secret Lies in the Gut

A Safer Alternative to Mammograms

Could a Ketogenic Diet Become Your Key to a Disease-Free Lifestyle?